Our Advisory Board brings together some of the best female minds in the ASEAN payments and fintech industry. This talented group of women provides guidance and input to the Women in Payments ASEAN Symposium program and ensures a first-rate caliber of keynote speakers, panelists and break-out session leaders.

Our Advisory Board brings together some of the best female minds in the ASEAN payments and fintech industry. This talented group of women provides guidance and input to the Women in Payments ASEAN Symposium program and ensures a first-rate caliber of keynote speakers, panelists and break-out session leaders. 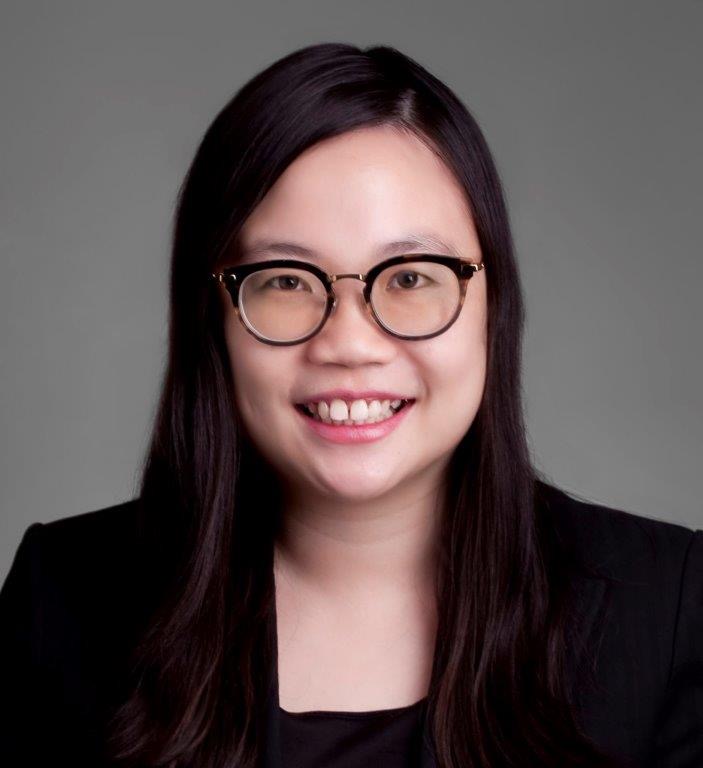 Grace has over a decade of experience in advising financial institutions and payments companies on regulatory matters in Southeast Asia, with a focus on Singapore and Hong Kong. A former in-house counsel at the Monetary Authority of Singapore, Grace regularly interacts with key regulators, and is closely involved in regional regulatory reform initiatives.

Grace is a strong advocate for digital innovation, investments and critical infrastructural transformation. She is a payments specialist and has advised multinational technology companies, digital assets exchanges and brokers, , and other trade finance and e-commerce companies in relation to licensing and payments services regulations in Asia. Grace sits on the board of Singapore's key blockchain association, ACCESS, and is part of the AML Working Group of Global Digital Finance.

Grace is also an IAPP Fellow of Information Privacy, and sits on the IAPP Women Leading Privacy Board where she is the key representative for Asia. 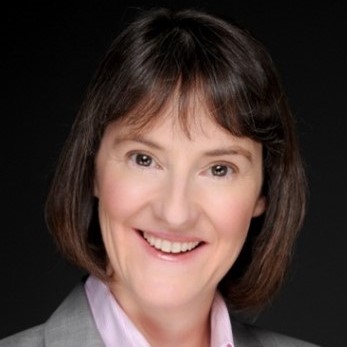 Jackie joined SWIFT in 2001 as Head of Banking in Tokyo, before moving to Europe in 2005 to take up the role of Deputy Head of Banking Market Infrastructures (BMIs), covering the relationship with major MIs such as EBA and the ECB.

From 2007-2013, Jackie was Programme Manager for CLS and led the major and complex upgrade of the CLS connectivity to successful implementation and adoption of ISO20022 messaging.

From early 2014 to the end of 2015, Jackie managed a major post trade securities settlement and clearing programme for SGX in Singapore (NPTS) on secondment from SWIFT.

Having long experience of large-scale payments and securities MI programmes, Jackie then relocated to Sydney in early 2016 to lead SWIFT’s New Payments Platform Programme (a real-time retail payments platform) through to the Public Launch in February, 2018.

In July 2018, Jackie returned to Europe to lead SWIFT’s bid for the Eurosystem Single Market Infrastructure Gateway (ESMIG) Public Tender, resulting in SWIFT being selected as one of two Network Service Providers, providing connectivity services (including new ISO20022 payments and securities messaging) to the ESMIG market participants. She led this programme until December 2020.

Having returned to Singapore in January 2021 as Senior Director, Business Innovation, APAC, Jackie has been leading various payment initiatives and projects within the APAC Payment Market Infrastructure sector (PMI), including Instant Payments Systems, RTGS renewals and modernisation involving ISO 20022 migration, and the adoption and usage of SWIFT gpi solutions for PMIs.

In February 2022, she was appointed Global Head of Payment Market Infrastructures, Go To Market, Business Development to extend the PMI related initiatives with regional GTM PMI experts across the globe.

She and her team are also engaging with Central Banks on cross border payments innovation, transactional banking, payments and settlement business and CBDCs.

Her extensive experience leading successful project and commercial teams in diverse environments, countries and markets (including Tokyo, Brussels, London, NY, Singapore and Sydney) and delivering complex projects, has allowed her to manage and influence key stakeholders internally and externally, including market participants.

Jackie is a New Zealander and is fluent in English and Japanese. 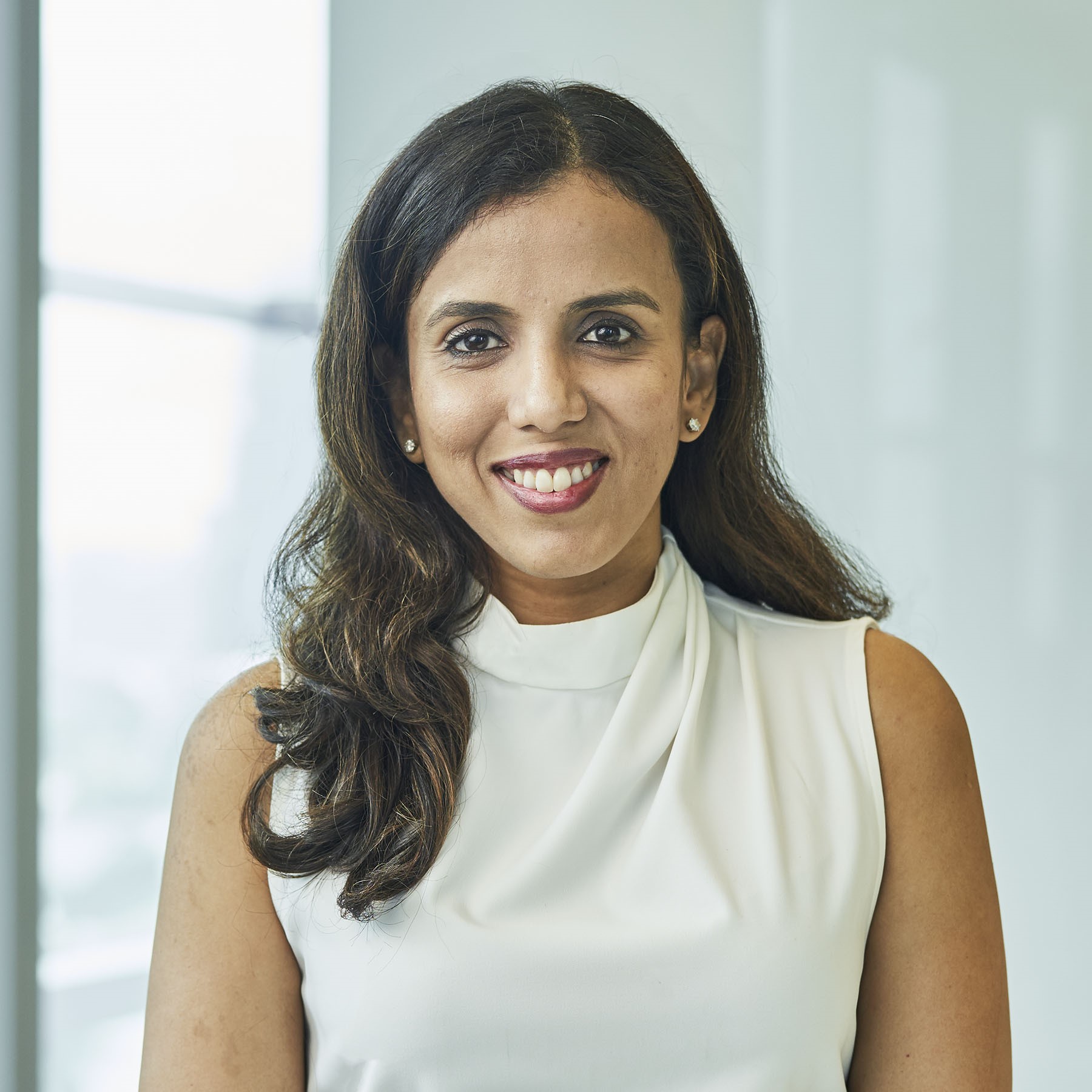 Divya Jain heads American Express’ Global Network Services for 20 markets in Asia & South Pacific ensuring card issuing scale and merchant coverage in partnership with large banks across the region. She is responsible for expanding Amex’s footprint in the region by launching new partnerships and markets as well as for strengthening existing relationships. Divya is a part of the GNS APAC Leadership team. She has been with American Express for 16 years and worked across roles of increasing responsibility in General Management, Business, Strategy, Finance and Operations. Divya has led several D&I initiatives for American Express over her tenure and actively mentors women leaders within and outside the organization.
Before her stint in Amex, she has worked with ICICI Bank, India as a Retail Branch Head. Divya holds a Master’s degree in Business Administration and a Bachelor’s in Economics from renowned institutes in India. She’s a mother of two and enjoys painting, traveling, and reading in her spare time. 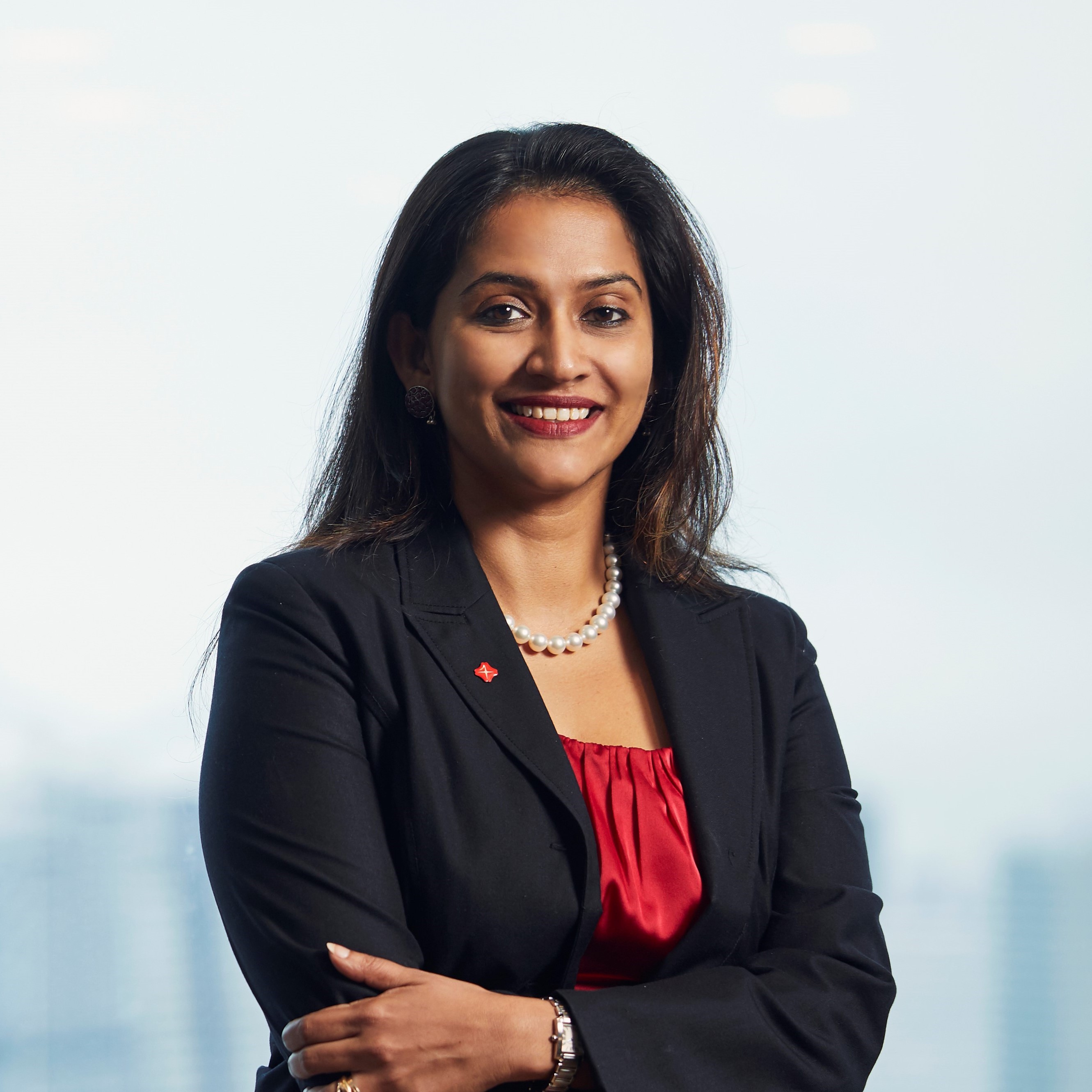 Tesy Mathew is the Cash Management Product Head for DBS Singapore and responsible for management of all Cash Products and Services offered in Singapore; including P&L, developing strategy, driving execution, commercialization, Product governance and oversight. Tesy also runs Merchant Solutions in DBS- driving the next phase of innovation and strategy for merchant collections.

A career banker with DBS, Tesy has close to 20 years of experience in banking, primarily in Transaction Banking having managed the entire array of cash products regionally and domestically. As a payment specialist- Tesy has driven development of multiple payment solutions and serves as chair and member of multiple industry workgroups for innovating and promoting digital payments. Tesy also sits in the board of AXS Pte Ltd, a leading provider of ESDN delivery platform in Singapore.

She graduated from National University of Singapore with a Bachelor’s in Computer Science; and in her free time from work & family still attempting to train towards that elusive full marathon. 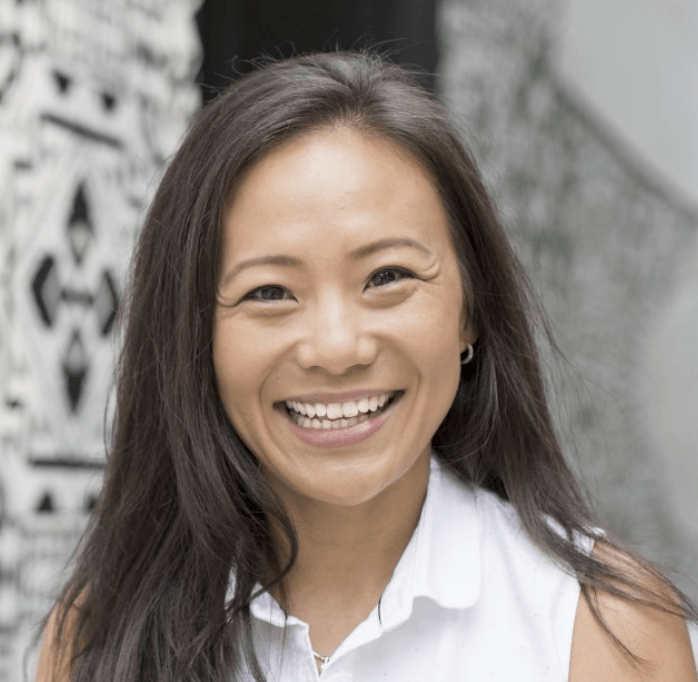 As VP, Head of Partnerships, Gajia works with financial institution partners around the world to expand Airwallex's payment network and end-to-end financial services platform. She and her team also work with other global technology platforms on joint initiatives to provide businesses of all sizes with a truly borderless financial services experience.

Before joining Airwallex, Gajia was the Director of Strategic Partnerships - Financial Services & Ecosystem for Xero's business in Asia where she led a team responsible for partnerships with major banks and non-bank financial services providers across Asia, as well as growing Xero's ecosystem of API connected applications, creating a platform of integrated solutions for small businesses and their advisors.

Gajia has held various roles across financial services in London, Melbourne and Singapore and has worked directly with the private wealth, small businesses, institutional and retail sectors. 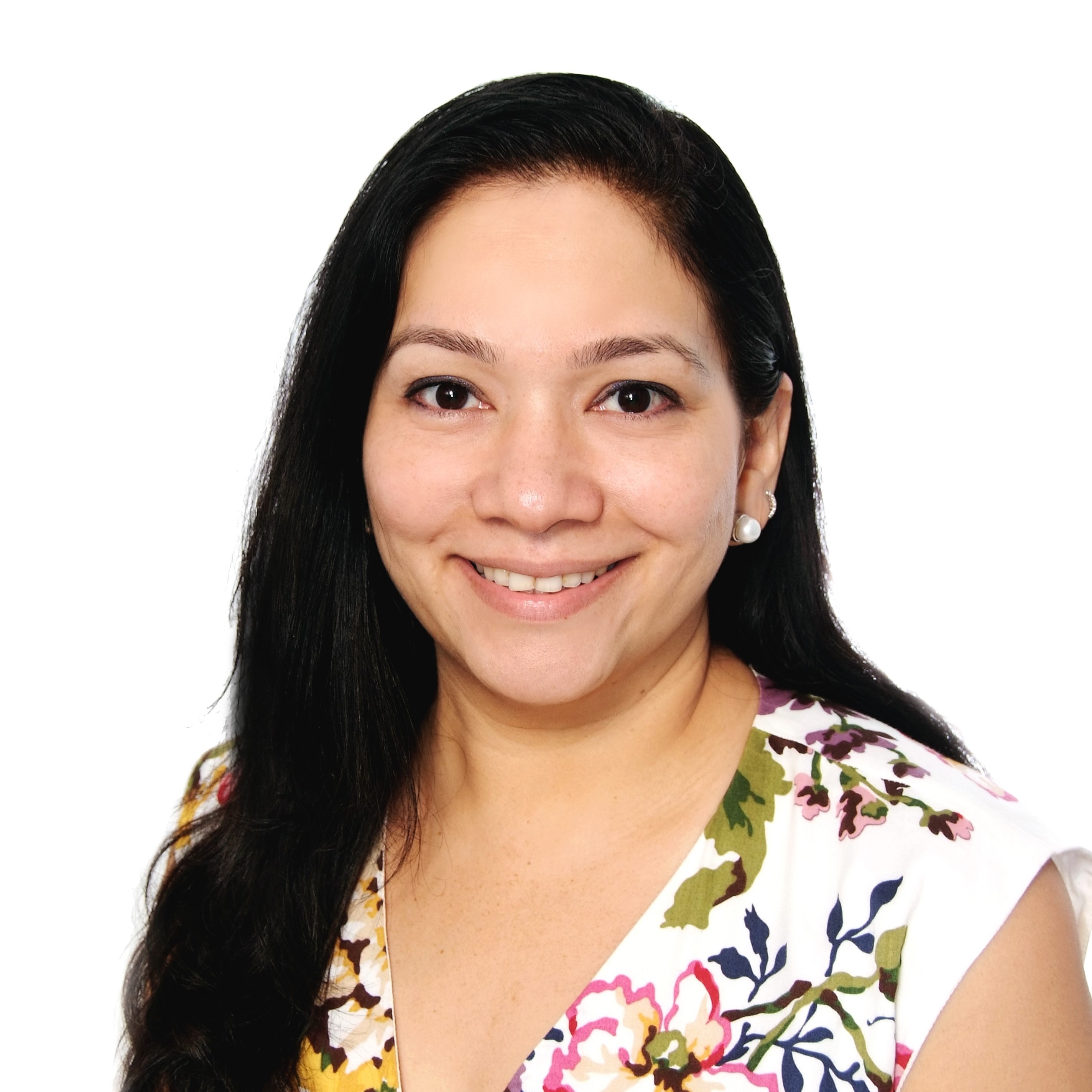 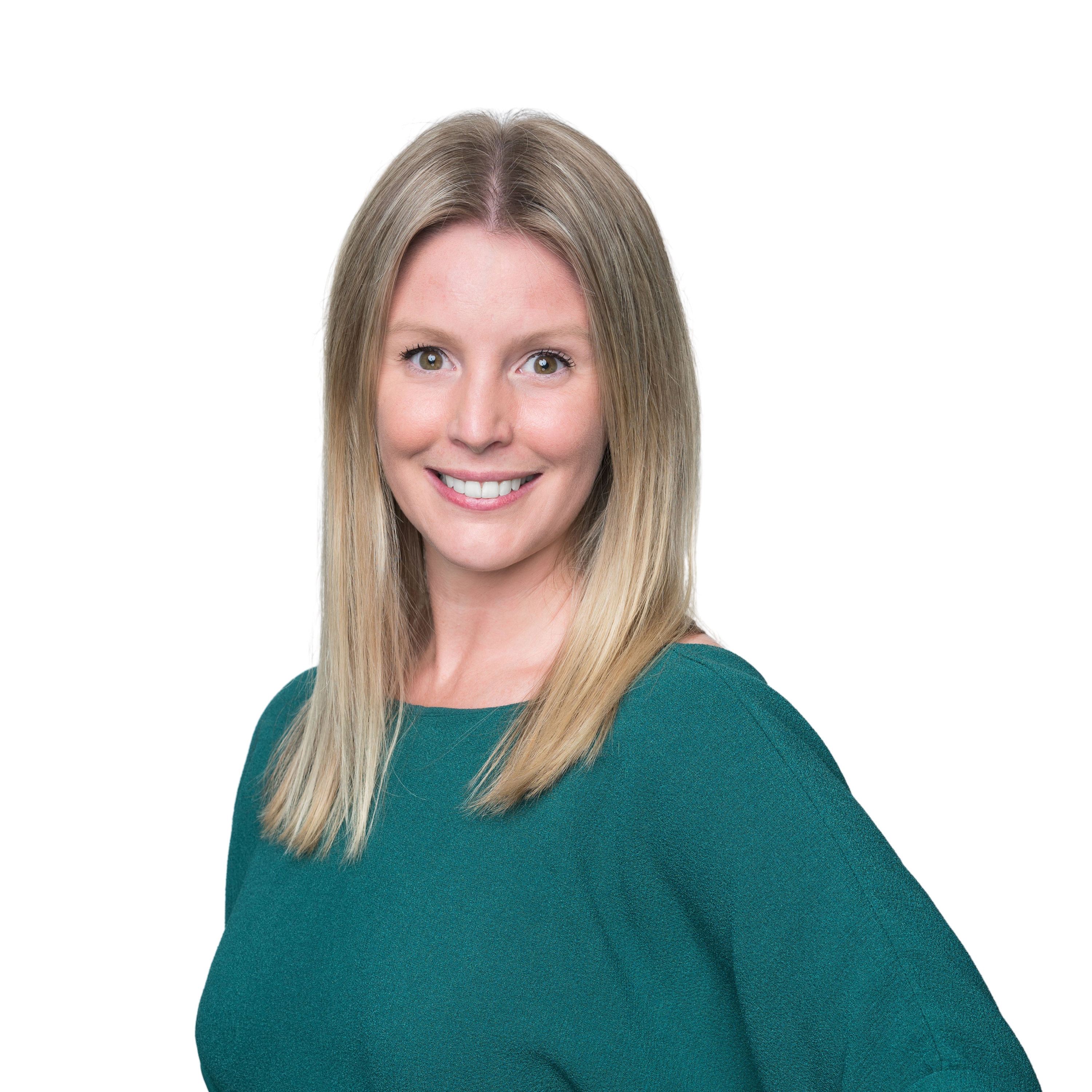 Prior to this, Danielle was responsible for developing the risk framework strategy for Correspondent Banking and led Financial Crime Compliance Advisory across 22 Asia markets for clearing products and associated cross-border payment activity.

Danielle has held various roles across financial services and law enforcement, spanning both retail and wholesale banking. She moved to Singapore from the UK, where most recently she played a front-to-back role in the in-house technical development of Payments Clearing infrastructure and Banking-as-a-Service Products. She drove client strategy across FI and NBFI segments and led transformation projects to drive revenue opportunity whilst balancing risk management.

Danielle is a Results Trained NeuroLeadership Institute Coach with a passion for helping women visualise their goals and break through barriers. She graduated from Loughborough University with a Bachelor’s in Psychology. 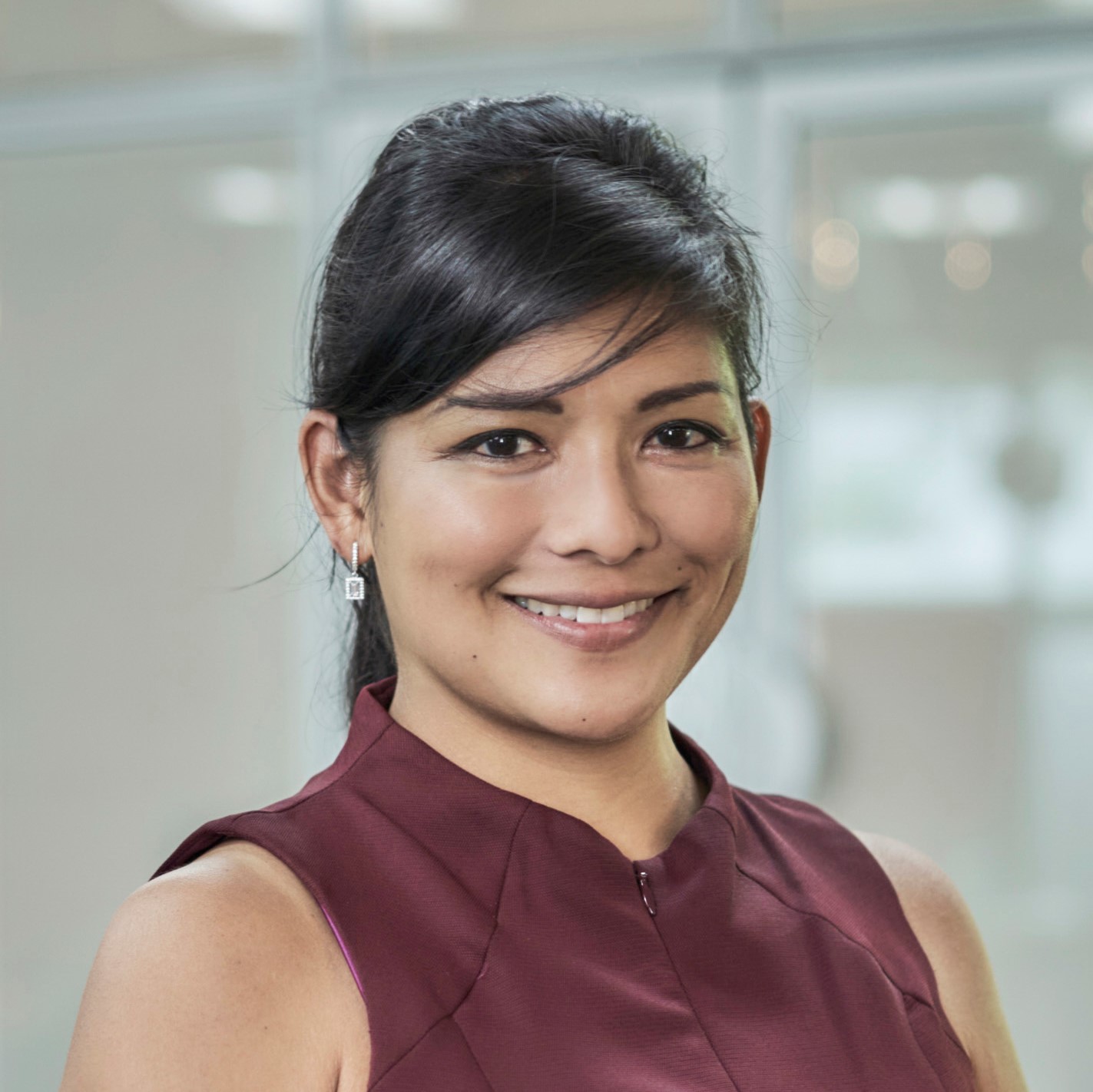 Yvonne is the Commercial Vice President for Worldpay from FIS in the APAC region. She is responsible for accelerating growth across the region by acquiring new enterprise clients, expanding existing relationships and entering into new markets in the region.

With 17 years experience in the payments industry across acquiring and card issuing, she has developed key strengths in strategy, negotiation, business development, relationship management and leadership of large sales teams.

Yvonne is passionate about helping customers meet their business objectives, improving customer experience and business performance. She is a Chartered Accountant with a degree in Accounting and Marketing and a MBA from the Australian School of Graduate Management. 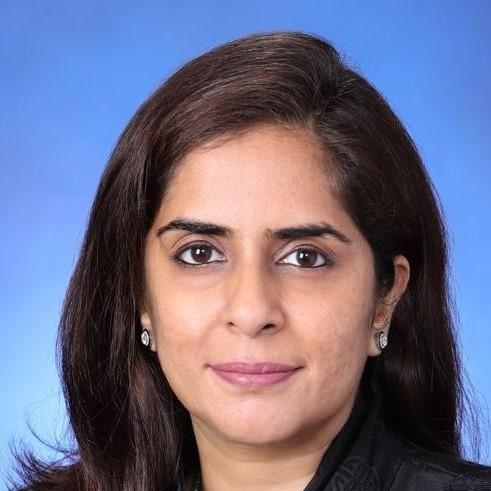 Kanika Thakur is Managing Director and the Regional Head of Trade for Citi’s Treasury and Trade Solutions in Asia Pacific. Based in Hong Kong, she is responsible for the continued growth of Citi’s trade business, as well as the business’ digitization priorities and progress.

Kanika joined Citi in 2001 as a management associate in India, and has since worked in Singapore and Hong Kong, holding a number of different roles within trade at the bank, including sales and structuring, product management, and distribution. Most recently, she served as Asia Pacific head of trade finance. 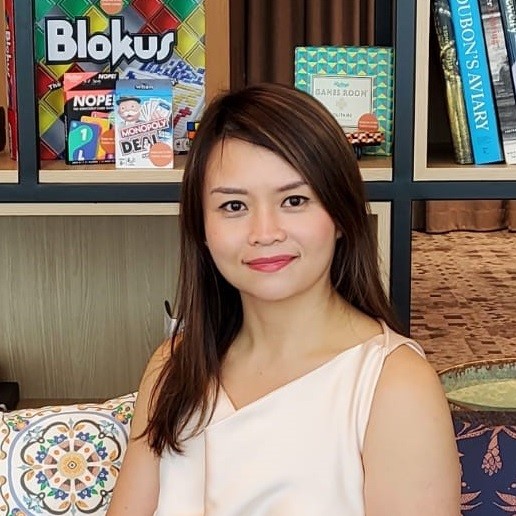 Prior to her current role, Rebekah was the Senior Business Manager for APAC Wholesale Payments providing strategic support, financial insights, and decision-making guidance to the business. Her diverse experience also includes stints in product management with APAC Treasury Services and a decade-long career with Citibank N.A. Singapore where she headed the operations transformation and re-engineering efforts for APAC Trade & Treasury Solutions.

Rebekah is born and raised in Singapore; apart from a love for travel, she has a passion for strength training and is looking forward to completing a pilates instructor course.